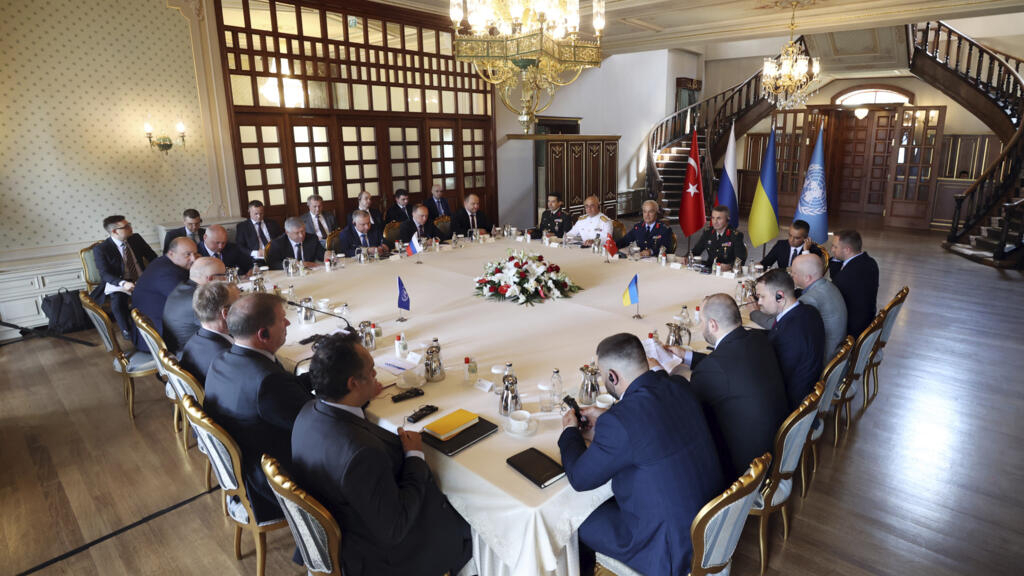 Ukraine and Russia are set to sign a deal in Istanbul on Friday to reopen Ukraine’s Black Sea ports and release Ukrainian grain exports, according to Turkey. Here are some details of the measures likely to be adopted in the agreement.

Following nearly two months of tough negotiations, Ukrainian and Russian officials are expected to sign the Black Sea ports deal at a ceremony in Istanbul’s Dolmabahçe Palace in the presence of UN Secretary General Antonio Guterres.

Some of the measures negotiated by the two sides:

Control centre based in Istanbul

A coordination and monitoring centre will be established in Istanbul, to be staffed by UN, Turkish, Russian and Ukrainian officials, which would run and coordinate the grain exports, officials have said.

Ships would be inspected to ensure that they are carrying grains and fertiliser rather than weapons. It also makes provision for the safe passage of the ships.

The control centre will be responsible for establishing ship rotation schedules in the Black Sea. Around three to four weeks are still needed to finalise details to make it operational, according to the experts involved in the negotiations.

Inspections on departures and arrivals in Turkey

The inspection of ships carrying grain was a Russian condition to ensure vessels would not simultaneously deliver weapons to Ukraine.

These inspections will not take place at sea as was once envisaged due to practical reasons, but will be carried out in Turkey, probably in Istanbul, which has two major commercial ports at the entrance to the Bosphorus (Haydarpasa) and on the Sea of Marmara (Ambarli).

Conducted by representatives of the four parties, the inspections will done upon the departure and arrival of ships.

Russians and Ukrainians are committed to respecting shipping lanes free of military activity in the Black Sea.

Under the agreement, if demining is required, it will have to be carried out by a “third country”. Details of the third party have not yet been specified.

From Ukraine, the ships will be escorted by Ukrainian vessels (probably military) leading the way out of Ukrainian territorial waters.

The agreement would be signed for four months and automatically renewed. If 20 to 25 tonnes of grain are currently outstanding in silos in Ukrainian ports, and at a rate of eight tonnes evacuated per month, this four-month period should be enough to clear the stocks.

A condition related to Russian grain and fertilisers

A memorandum of understanding must accompany this agreement, signed by the UN and Russia, guaranteeing that Western sanctions against Moscow will not affect Russian grain and fertilisers, directly or indirectly.

This was a Russian prerequisite for signing the agreement.

Previous post Houses were once plentiful across the U.S. Now half of cities don’t have enough homes.