Turkish President Recep Tayyip Erdogan on Friday urged Turks to keep all their savings in lira, insisting that the country’s currency crisis was largely under control.

The Turkish lira has crashed in recent months, causing many people to transfer their savings into dollars and euros.

The local currency has since rebounded from an all-time low of 18.4 liras to $1 thanks to a new state scheme to protect deposits against the loss in value.

What did Erdogan say?

“I want all my citizens to keep their savings in our own money, to run all their business with our own money, and I recommend this,” Erdogan told business leaders in a speech in Istanbul.

“Let’s not forget this: As long as we don’t take our own money as a benchmark, we are doomed to sink,” Erdogan said. “The Turkish lira, our money, that is what we will go forward with. Not with this or that foreign currency.” He called on Turks to bring their gold savings into the banking system. 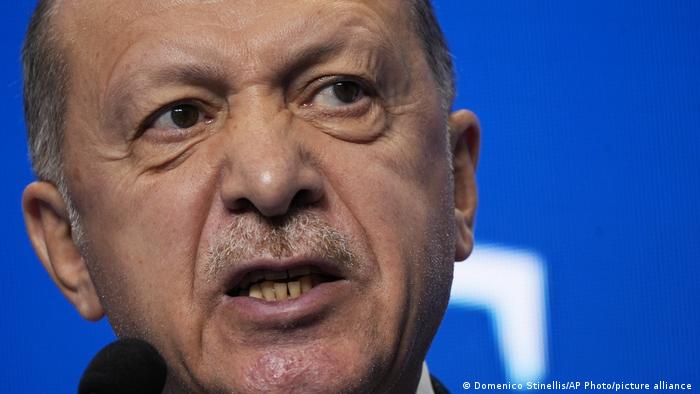 Why is the Turkish lira in trouble?

The cuts sparked a selloff of the lira, which plunged by more than one-half against the US dollar at one point.

Individual investors saw their savings melt, while the price of basic goods such as bread, eggs, butter and sunflower oil almost doubled in a year.

Economists and former central bankers have called Erdogan’s move reckless given that inflation is expected to hit 30% in December because of the lira’s depreciation.

On Friday, he reiterated his unorthodox view that interest rates were the cause of inflation.

What has been done to shore up the currency?

To ease the turmoil, Erdogan unveiled a scheme last week in which the state protects converted local deposits from losses versus hard currencies.

The move sparked a 50% rally in the lira with the support of the Central Bank.

Finance Minister Nureddin Nebati insisted this week that Turks were moving their savings back into lira.

But official data on Thursday showed that local holdings of hard currencies, which includes companies, soared to a record $239 billion (€211 billion) last week.

At the same time, the Central Bank’s net foreign currency holdings — its effective buffer against financial crisis — plunged to a near two-decade low of $8.63 billion.