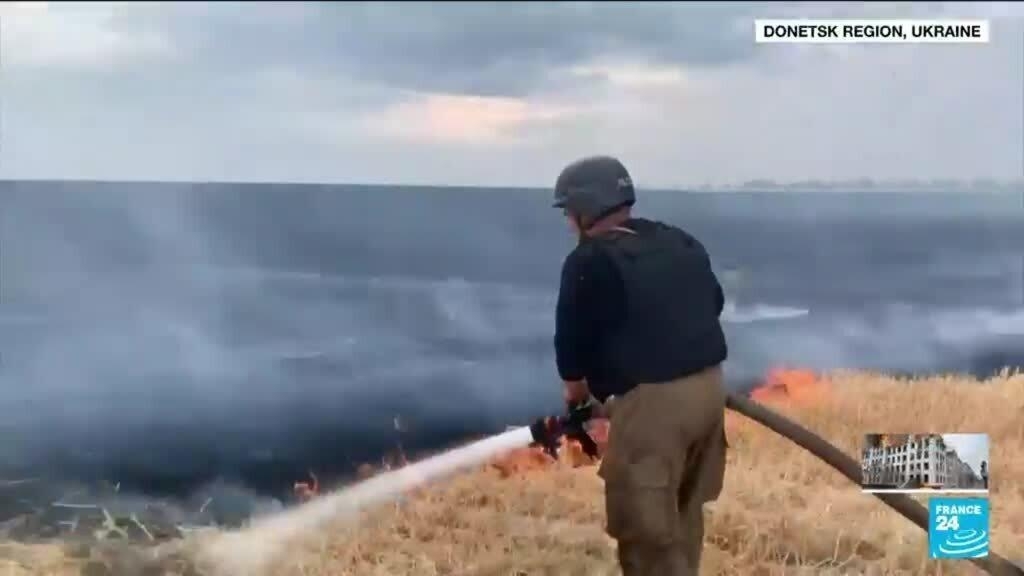 Ukrainian authorities have accused Russia of deliberately destroying the wheat crops that farmers have managed to grow this year. Amid a looming global food crisis, Russian President Vladimir Putin maintains Moscow is ready to facilitate Ukrainian grain exports by the Black Sea. But Ukrainian farmers watching their burning fields have little confidence in Putin’s promises.

More than a week after Viktor Hubanet’s grain fields were torched in a Russian strike, the Ukrainian farmer surveys the singed bare earth that once had crops getting ready for a harvest.

“Look you can still see the rockets, one over there, two, three, four,” he said, pointing to ordnance in his burned fields. “We’ve lost around 500 tonnes [of grain]. At last year’s prices that’s about 130,000 euros.”

NASA satellite imagery shows 22% of Ukraine’s farmland has been taken over by Russian forces. Amid a impending global food crisis, Ukrainian farmers says Russia is deliberately destroying their crops.