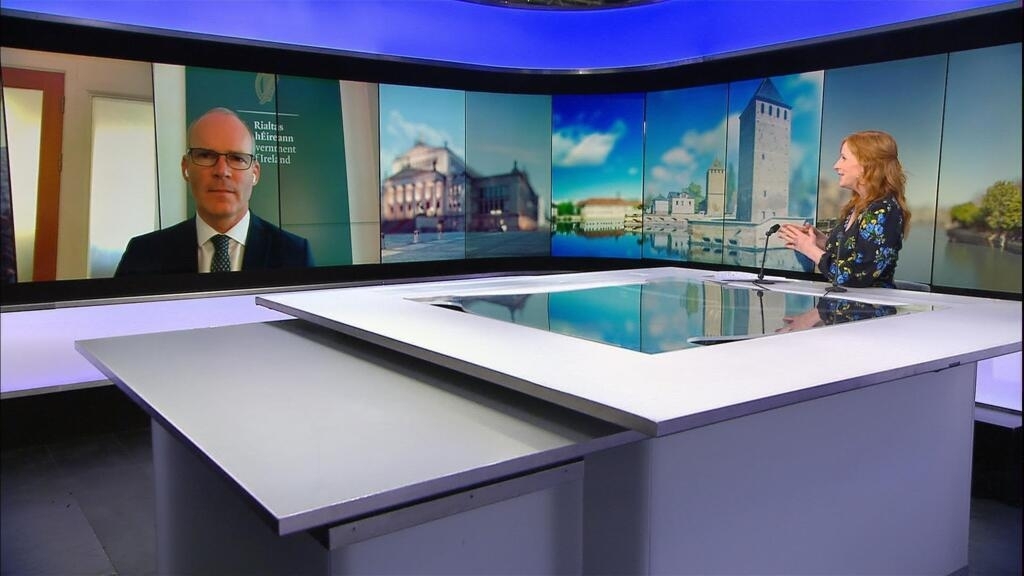 Ireland’s foreign minister has told France 24 that Dublin sees the United Kingdom’s search for a new prime minister as “an opportunity for a fresh start” in the two countries’ relations. This Friday, the European Commission launched new legal action against the government of Boris Johnson — this, as it pushes on with moves to unilaterally breach part of the Brexit treaty relating to Northern Ireland.

On Ukraine, Mr. Coveney called for tougher sanctions on Russia, and to “increase the cost to Russia of continuing this war, because we know the humanitarian consequences of it […] This is extraordinary human suffering, we’ve got to find a way of bringing it to an end”.

This happened just a day after Hungary’s foreign minister Peter Szijjarto visited Moscow to negotiate new purchases of Russian gas, as the EU as a whole moves to reduce its Russian gas imports.

Simon Coveney told France 24: “It’s not welcome. The EU has committed to actually wean itself off a reliance on Russian oil and gas permanently”.

Next post ITR Filing: Who Are Mandatory & Who Are Exempted To File ITR for AY 2022-23?
Close
Menu