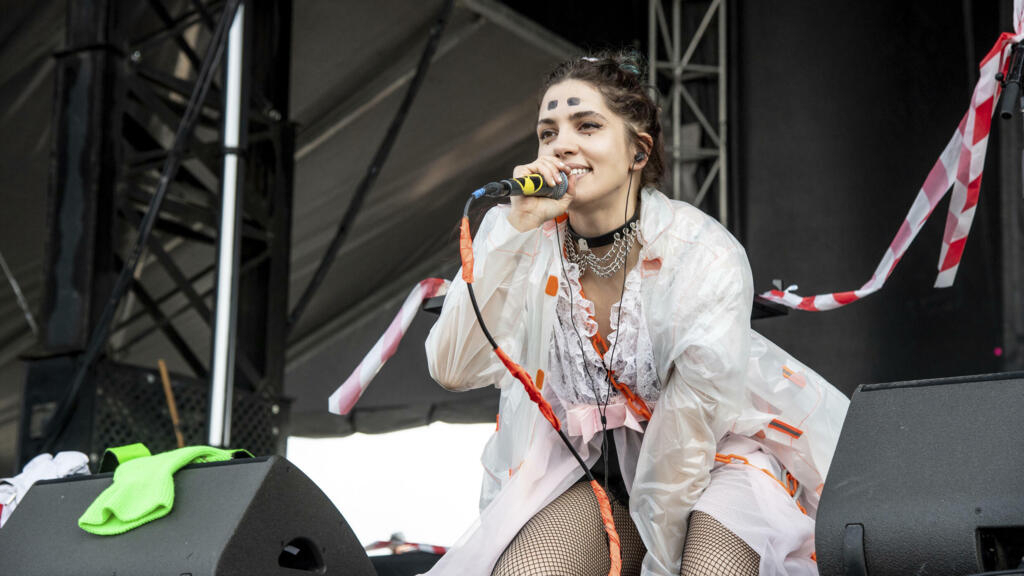 Russia’s recent designation of Nadezhda Tolokonnikova, a prominent member of feminist protest group Pussy Riot, as a “foreign agent” highlights the sweeping scope of the ambiguously defined label – and its effectiveness as a tool against critics of President Vladimir Putin.

“The government can label their asses if they’d like!” This was the reaction of Tolokonnikova, a founding member of protest rock group Pussy Riot, to President Vladimir Putin’s government’s December 30 decision to label her a “foreign agent”.

In addition to Tolokonnikova, four other people – including well-known Russian satirical writer Victor Shenderovich and art collector and op-ed columnist Marat Gelman – were also added to the list by the Russian justice ministry.

None of the other new “foreign agents” responded with quite the same sense of provocation as Tolokonnikova, a 32-year-old activist who was already sentenced to prison in 2012 for her participation in an anti-Putin performance at Moscow’s Cathedral of Christ the Saviour.

On social networks, she posted a photo of herself flashing the middle finger and promising not to comply with the official duties of “foreign agents”.

Pussy Riot said they would appeal in court and not comply with rules about labelling social media posts.

two of Pussy Riot, Nadya Tolokonnikova and Nika Nikulshina, were added to the government list of “foreign agents” & required to start every tweet w this disclaimer pic.twitter.com/PSsa5HXyLn

Any person who is labelled a “foreign agent” has to register and provide details of all their activities and finances every six months. Their publications, including all social media messages, have to start with a long official message confirming their status as a “foreign agent”.

Tolokonnikova’s lively response may give the impression that this status can be dismissed lightly, but this is far from the case. “It is a very stigmatising label. In Russia, it is likened to the status of ‘enemy of the people’ under Stalin,” explained Elena Voloshin, FRANCE 24’s correspondent in Russia.

Andrei Zakharov, a Russian journalist, went into self-exile on December 27, saying in a video he could no longer bear the pressure of “unprecedented surveillance” he had been under since he was designated a “foreign agent” last October.

The status can have very concrete consequences for those on the Russian justice ministry list. In December, Russia’s Supreme Court ordered the dissolution of Memorial, one of Russia’s most active and oldest human rights groups. Memorial was originally added to the blacklist in 2016 for receiving international funding. The court based its decision on what they deemed to be “repeated violations” of the obligations incumbent on “foreign agents”. In its closing argument, the prosecutor accused the group of creating a false image of the country as a “terrorist” state.

The term “foreign agent” carries a Soviet-era taint in Russia, suggesting Cold War spying. The law was passed in 2012 to flag foreign-funded non-profit organisations, but was expanded in 2017 to include independent media and individuals. This update to the law came in retaliation for state-backed broadcaster Russia Today being told to register as a foreign agent in the US.

Two years later, Moscow expanded its definition of the label when it decided individual journalists – and not just organisations – could also be considered “foreign agents”.  Since December 2020, activists with links to overseas funding sources have also been caught in the dragnet.

Moscow originally justified the adoption of the law as simply a Russian version of a similar regulation in the US. “This law does not prevent anything. It is not binding and serves only to improve transparency in public life in Russia,” Putin said at the time.

For some time, the Russian government was careful not to be too heavy-handed in this area. But “from 2014 and the annexation of Crimea, Moscow really started to use this law much more often”, said Voloshin. Putin’s opponents quickly realised the “foreign agent” status would be used as a tool to harass and muzzle them.

The Kremlin has been careful not to precisely define what constitutes a “financial link with a foreign country”. “The vagueness and breadth of the wording of the law and regulatory norms leads to numerous ambiguities that the Ministry of Justice does not clarify,” notes OVD-Info, a Russian media outlet that is also designated as a “foreign agent”, in a November 2021 report.

Simple acts such as joining a press trip organised by a foreign entity, receiving gifts from friends living abroad or winning an award in an international competition expose individuals to the label, OVD-Info noted.

Since September 2021, a financial link with a foreign country does not even seem necessary. The FSB, Russia’s domestic intelligence service, published a document that includes around 60 topics related to the military sector that can earn a journalist the status of a foreign agent if he or she is working on any of the listed issues. These include corruption in the army, development of new weapons or issues of troop morale.

In this context, it is not surprising that the list of “foreign agents” has increased from less than 20 organisations and individuals in 2019 to more than 110 by the end of 2021. For some, the number of designated “foreign agents” is a measure of the intensity of the witch hunt against Putin’s opponents. “The more repression there is, the more names are added to the list,” summarised Voloshin.

Having your name on the list “is very restrictive from a logistical and operational point of view”, explained Voloshin. Individuals have to report every quarter to detail their activities, reveal how much money they have received from abroad and how it was spent.

“I no longer have a private life because the justice ministry knows absolutely everything about me, right down to the brand of tampons I use. I have to fill out 84 pages of forms every three months to justify all my expenses,” said journalist Lyudmila Savitskaya, who found herself included on the list of “foreign agents” at the end of 2020.

Another obligation for these individuals is that they must specify in all their publications — books, newspapers, business cards, social network posts — that they are “foreign agents”. Failure to do so can lead to a fine, a prison sentence or closure, in the case of NGOs such as Memorial or media outlets.

“One of the discriminatory consequences of the law is, for example, the impossibility for ‘foreign agents’ to use Twitter,” writes OVD-Info. The maximum length of a Tweet is 380 characters, but the length of the official “foreign agent” label is 220 characters. This leaves only 60 characters left for the post.

“This law is a weapon that is all the more effective because it can be used retroactively,” said Mark Galeotti, a specialist in security issues in Russia, in an interview with FRANCE 24. From the government’s point of view, the main interest of this law is “that it weakens those concerned”, he noted.

“Once you are on the list, you become vulnerable to other types of attack, especially judicial, because there are so many new obligations that you have to follow,” he said.

In other words, when you are designated a “foreign agent”, you are entering “a minefield”, said Dmitry Treshchanin, editor of Mediazona, a news website on the list, during a round table discussion on the scope of this status broadcast on YouTube in November 2021.

According to Treshchanin, the key to its power is its ambiguity. “We don’t understand the law and the minister of justice doesn’t understand how to enforce it,” said Treshchanin. “In fact, nobody, even its creators, have any idea how it should operate. And this is actually central to the law itself, it was written in such a way that it could be interpreted any how any way.”

This article has been translated from the original in French.