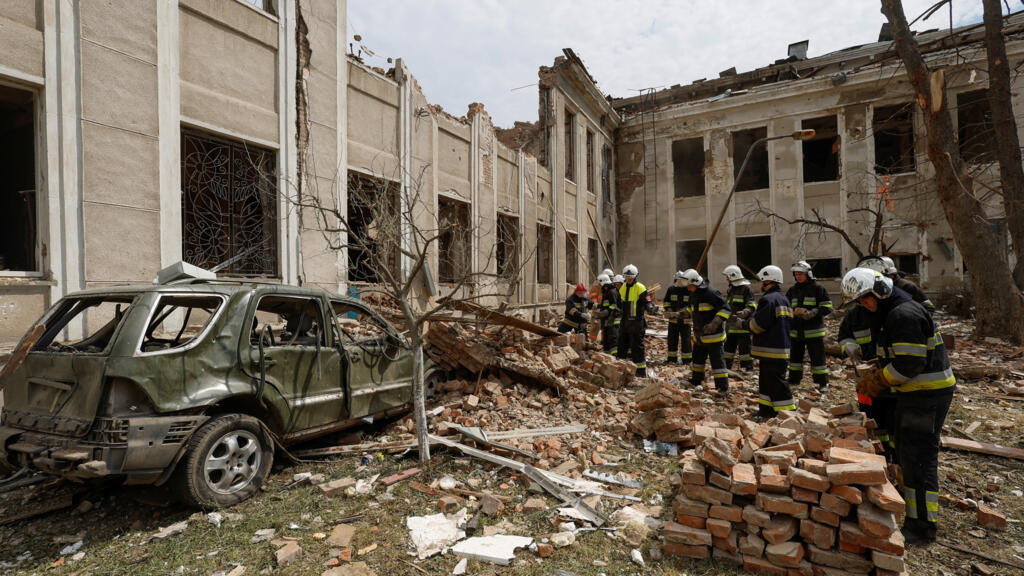 Ukranian officials have accused Russia of using a captured nuclear power plant as a place to store and launch weapons. As Russia has stepped up attacks on Ukrainian cities, air-raid sirens sounded in Kyiv on Saturday. Follow FRANCE 24 for live updates. All times are Paris time (GMT+2).

Russia is using Europe’s largest nuclear power plant as a base to store weapons including “missile systems” and shell the surrounding areas in Ukraine, an official with Kyiv’s nuclear agency said Friday, while nearly the entire country was placed on air raid alert.

The president of Ukrainian nuclear agency Energoatom said the situation at the Zaporizhzhia nuclear plant was “extremely tense”, with up to 500 Russian soldiers controlling the plant.

“The occupiers bring their machinery there, including missile systems, from which they already shell the other side of the river Dnipro and the territory of Nikopol,” Pedro Kotin said in a televised interview, referring to the city across the water.

The plant in southwestern Ukraine has been under Russian control since the early weeks of Moscow’s invasion, though it is still being operated by Ukrainian staff.

The threat of air raids across most of Ukraine was also raised after strikes were reported in areas far from the front lines, with President Volodymyr Zelensky saying the Russian objective was to “cause maximum damage to Ukrainian cities”.

“I’m urging you, once again: please don’t ignore the air raid signals now,” he said in his daily televised address.

04:56am: Bomb sirens sound again in Kyiv as Russia steps up attacks

Air-raid sirens sounded across Kyiv on Saturday as Russia stepped up long-range bombardment of Ukrainian cities that has killed at least 34 people in the last three days and wounded scores.

Late on Friday, Russian missiles hit the central city of Dnipro, killing three people and wounding 15, regional Governor Valentyn Reznychenko said on Telegram. Rockets hit an industrial plant and a street next to it, he said. Footage on social media showed thick black smoke rising from the buildings and burning cars.

Eight people were killed and 13 injured in a string of shellings in 10 locations in the eastern region of Donetsk, Governor Pavlo Kyrylenko said in a television interview.

On Thursday, Kalibr cruise missiles launched from a Russian submarine in the Black Sea hit an office building in Vinnytsia, a city of 370,000 people about 200 km (125 miles) southwest of Kyiv.

The attacks were the latest in a series of Russian hits in recent weeks using long-range missiles on crowded buildings in cities far from the front, each killing dozens of people.