Members of the Russian and Czech world junior hockey teams were ejected from a Calgary to Frankfurt flight on New Year’s Eve.

Fellow passengers said members of the Russian team had been smoking on plane and refused to wear masks.

Calgary Police said in a statement that its airport officers responded at 5:45 p.m. Friday local time (Saturday 0045 GMT) to reports of a disturbance on an Air Canada flight.

Police said all the passengers on the flight were made to disembark and the Russian and Czech teams were not allowed back on.

The Calgary Herald newspaper reported that the Finnish team was allowed back on after the delay.

‘They threw us into the same bag as the Russians’

Czech team manager Otakar Cerny said his team was removed from the plane along with the Russian team due to the similarity of their gray sweatshirts.

“They threw us into the same bag as the Russians and told us that the entire Czech and Russian expedition could no longer board the plane,” Cerny told Czech media. 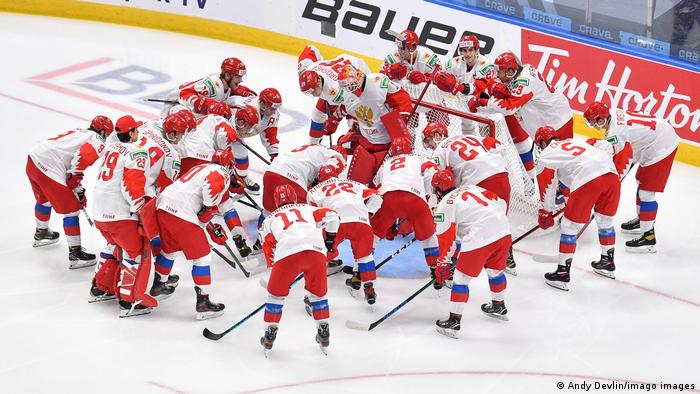 “Air Canada representatives apologized to us and at their expense arranged a hotel and a flight to Frankfurt at the same time a day later,” Cerny said.

“They also assured us that we would not fly the same flight as the Russian hockey players.”

What were the passengers removed for?

A passenger on the flight told The Canadian Press news agency that one Russian official who was seated near him was vaping in the cabin and refused to put on his face mask.

“He was blaring Russian rock music on his phone,” the passenger said.

“The Russian Juniors team was in back, trying to smoke cigarettes, not wearing masks, not listening to attendants,” another passenger said in a tweet.

The teams were going home from the junior championships in Red Deer and Edmonton that were canceled Wednesday due to rising COVID-19 infections.