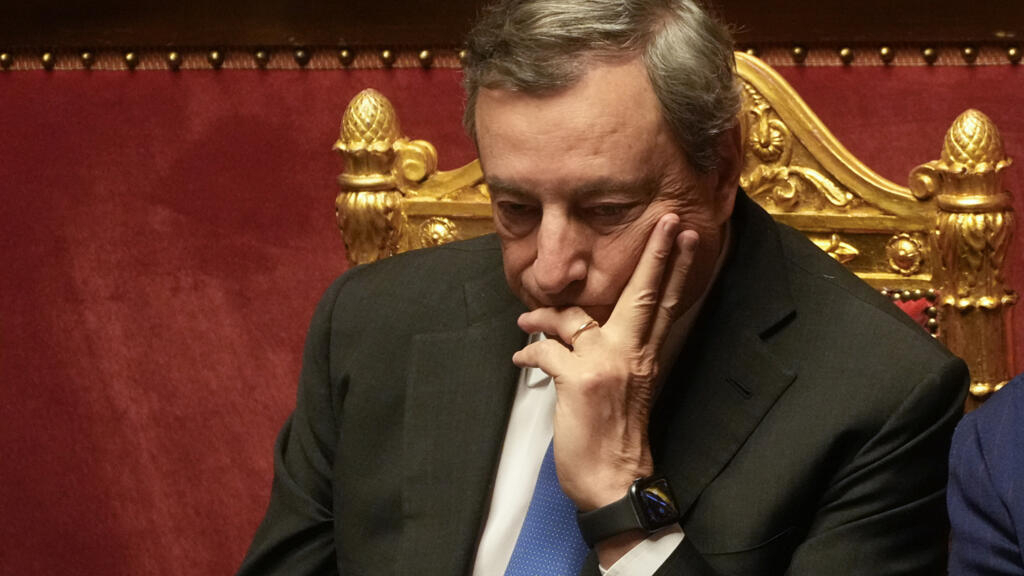 Italian Prime Minister Mario Draghi told parliament on Thursday that he was going to see President Sergio Mattarella and inform him of his intentions after three coalition parties withdrew their support from his government.

The 74-year-old told the lower house of parliament he was heading to the office of President Sergio Mattarella, whose role it is to formerly accept the resignation and guide the country out of the crisis.

Mattarella is likely to dissolve parliament and call early elections for September or October, according to political analysts. Draghi may stay on as head of the government until then.

The former European Central Bank chief, who was parachuted into the PM’s seat in 2021 as Italy wrestled with a pandemic and ailing economy, reprimanded his squabbling national unity coalition on Wednesday and urged them back into line before it was too late.

“Are you ready?” he asked the Senate four times in a speech followed by feverish debates among the parties. Now was not the time for uncertainty amid a myriad of challenges, from a struggling economy and soaring inflation to the Ukraine war, he said.

The crisis was sparked when the Five Star group snubbed a key vote last week, despite warnings from Draghi that it would fatally undermine the coalition.

His likely downfall comes despite polls in the lead up to Wednesday’s drama suggesting most Italians wanted Draghi to stay at the helm until the scheduled general election in May next year.

He said Draghi and Italy were “victims of Five Star madness”. Five Star head Giuseppe Conte retorted that the Movement, which began life as a protest party, had been “the target of a political attack. We were forced to the door”.

Enrico Letta, head of the centre-left Democratic Party, which voted in support of the prime minister, said toppling the Draghi government meant “going against Italy and Italians’ interests”.

Anxious investors were watching closely as the coalition imploded.

The European Central Bank was due Thursday to unveil a tool to correct stress in bond markets for indebted eurozone members, such as Italy.

The spread – the difference between 10-year Italian and German treasury bonds – widened to 215 points by market close on Wednesday.

Supporters of Draghi had warned a government collapse could worsen social ills in a period of rampant inflation, delay the budget, threaten EU post-pandemic recovery funds and send jittery markets into a tailspin.

France’s European affairs minister Laurence Boone said Draghi’s expected resignation would open a “period of uncertainty” and mark the loss of a “pillar of Europe”.

Based on current polls, a rightist alliance led by Giorgia Meloni’s post-fascist Brothers of Italy party and including Forza Italia and the League would comfortably win a snap election — if the three parties can get along.

Such a coalition “would offer a much more disruptive scenario for Italy and the EU” than Draghi’s national unity government, wrote Luigi Scazzieri, senior research fellow at the Centre for European Reform.