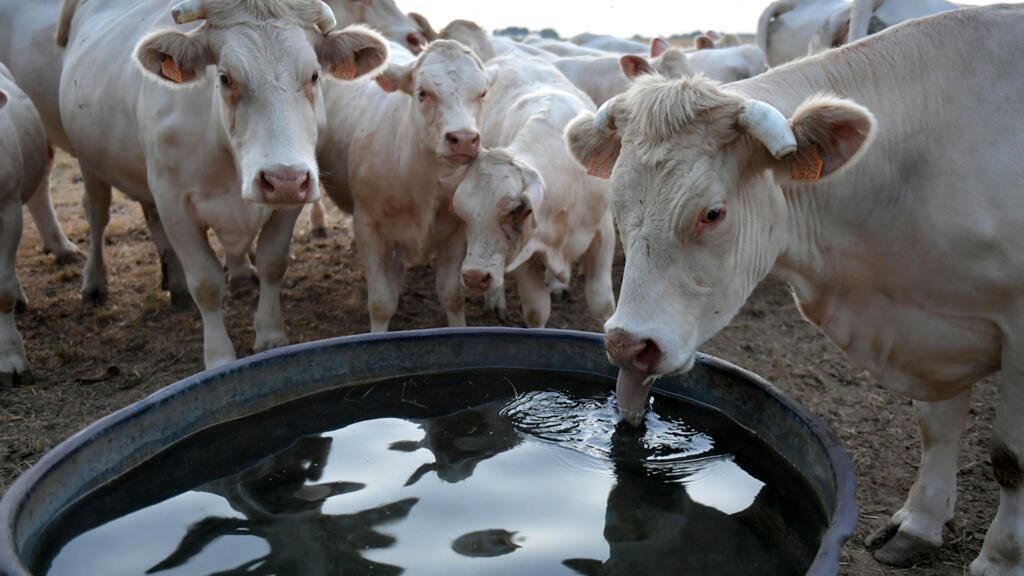 Soaring temperatures in Europe have impacted agricultural production and look set to have a knock-on effect on food costs. As warmer weather becomes the norm, will “heatflation” become a regular occurrence?

Heatwaves in Europe in the past week have seen exceptionally hot weather wreaking havoc across the continent. In France, Greece, Spain and Portugal, temperatures above 40C sparked wildfires that forced tens of thousands to evacuate from their homes. In the UK, a record high of 40.3C brought on travel chaos and fears of a health emergency.

Even when the heat has not caused obvious damage, the impact of such extreme weather can have lasting effect, especially on food production. The result is likely to be “heatflation”, unusually hot temperatures causing smaller harvests and rising food prices.

In Italy, for example, the mid-July heatwave was one in a series that has hit the country this summer. As a consequence, agriculture union Coldiretti has warned that drought is threatening 30-40 percent of the national seasonal harvest.

Throughout Europe, July’s heatwave hit at during a crucial pollination window for maize crops, threatening to reduce overall harvests and increase import needs. At the same time, experts forecast a decline in milk production that could last for weeks due to overheated livestock.

The impact of heatflation could be felt over the coming months. For grain crops such as wheat, rice and maize, prices on commodity markets are set in advance, based on forecasts of how successful a harvest will be. “Any expectation that there’s going to be a shortage, however small or big, normally manifests itself in four to six months,” says Dominic Moran, a professor of agricultural and resource economics at the University of Edinburgh.

As harvest season has already started for much produce, the July heatwave did not damage as many crops as it could have. But in the current economic context, impact of heatflation could still hit hard.

“We are in a food, energy and cost-of-living crisis, created by COVID-19, exacerbated by Russia’s invasion of Ukraine,” says Professor Tim Benton, Director of the Environment and Society Programme at international affairs think tank Chatham House. “In a disrupted market – where demand globally is exceeding supply – any loss of harvest does not help prices.”

In May 2022, financial services provider Allianz found that food and drink prices in Eurozone countries had increased by an average of 14% since the start of 2021. At the same time, retail prices had only risen by 6%, meaning retailers had yet to pass the worst of the price hikes from food producers on to consumers.

By the time these hikes are fully reflected in supermarket prices, Allianz forecast that the average European consumer will be spending an extra €243 for a basket of food products compared with 2021, before heatflation is factored in.

Aside from maize, the products most likely to be impacted by the July heatwave include root crops such as potatoes and sugar beets. “They take a lot of water and they don’t tolerate heat-stress or drought conditions at the wrong time of year,” Moran says.

The cost of livestock farming also rises exponentially in the heat. Moran adds, “cattle don’t like heat so you’ve got to put them indoors to control their temperature. Then you’re forced to keep them cool with energy and, depending on where you live, energy prices are skyrocketing.” Heat-induced stress can also change how animals behave, causing chickens to lay fewer eggs and dairy cows to produce less milk.

As hotter temperatures look set to become a regular occurrence in the future, how can food systems mitigate the impact on costs for consumers?

One option some farmers are turning to is switching crops to grow foods that are more resistant to extreme heat and drought. “Those decisions are being made right now in many countries,” Moran says. “We have an international network of crop breeding centres which are improving crops for that reason.”

But it will not be possible for everyone. In some areas, climate change is pushing temperatures so high that land will no longer be suitable for agricultural use. “That’s far more drastic … but it’s not impossible”, Moran says.

Another option is rethinking how global food systems work altogether. The current model is “super-efficient and just-in-time, where food is cheap above all,” says Benton. “Resilient food systems have more storage in-built, more diversity of supply routes, sources and produce, more decentralisation rather than big processing and distribution centres, and more agility.”

A resilient system is more expensive, which would not make for cheaper food costs. But it would ensure food provision was less vulnerable to climate shocks, benefitting consumers and even increasing political stability.

In June 2010 extreme heat in Russia and Ukraine reduced yields “to about the same amount the current war has,” Benton says. The resulting price hike for wheat flour had dramatic effects globally, increasing food insecurity, poverty and civil unrest in multiple countries. The Arab Spring was propelled forward by unrest caused by soaring bread prices.

“The era of cheap food is coming to an end”

In 2021, the UN’s Intergovernmental Panel on Climate Change concluded it was inevitable that there would be an “increasing occurrence” of record-breaking extreme weather. In a changing climate that is likely to become more volatile, heatflation is one result of a snowballing food production issue.

While heatwaves struck in Europe, climate events have impacted global production around the world this year.

In Southern China, heavy summer rains and floods disrupted rice, fruit and vegetable production. Drought impacted winter wheat yields in the US and corn and soy bean crops in Argentina. All this disruption in the first half of the year does not bode well for what is to come next.

“Looking ahead, our global food system is too fragile to absorb shocks – from climate or otherwise – and therefore we need to think about increasing its resilience,” Benton says. “Perhaps, therefore, the era of cheap food is coming to an end.”