The German government has dropped its plans to give the country’s highest honor to Israeli historian Gideon Greif amid criticism of his work on Bosnia’s Srebrenica genocide.

German president Frank-Walter Steinmeier was due to present the award to Greif, a Holocaust researcher.

Why was the award canceled?

Greif chaired an international commission of historians that denied the genocidal nature of the Srebrenica massacre in a July report.

Greif has centered his works around the Holocaust, but he has also published works that critics argue inflate the number of Serbian victims of the Independent State of Croatia during World War II.

The Independent State of Croatia was a Nazi puppet state that massacred Serbs, Jews and Roma.

The commission was appointed by Milorad Dodik, who is currently serving as the Serb member of Bosnia’s presidency and who has pushed for the secession of the Serb-majority Republika Srpska from Bosnia and Herzegovina. 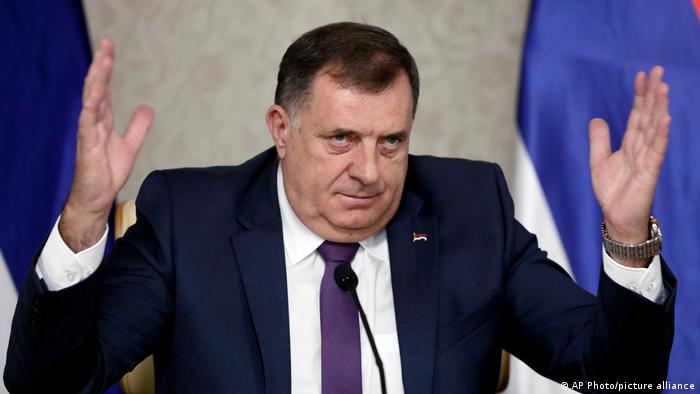 The commission was appointed by Milorad Dodik, Serb member of the Bosnian presidency

Towards the end of the war in Bosnia, more than 8,000 Bosniak men and boys were killed by Bosnian Serb forces around the eastern Bosnian town of Srebrenica.

Judgements made by the International War Crimes Tribunal for the former Yugoslavia in The Hague classify the Srebrenica massacre as a genocide, a classification disputed by Bosnian Serb officials and neighboring Serbia.

In July of this year, the UN high representative in Bosnia, Valentin Inzko, made the denial of the Srebrenica genocide a criminal offence.