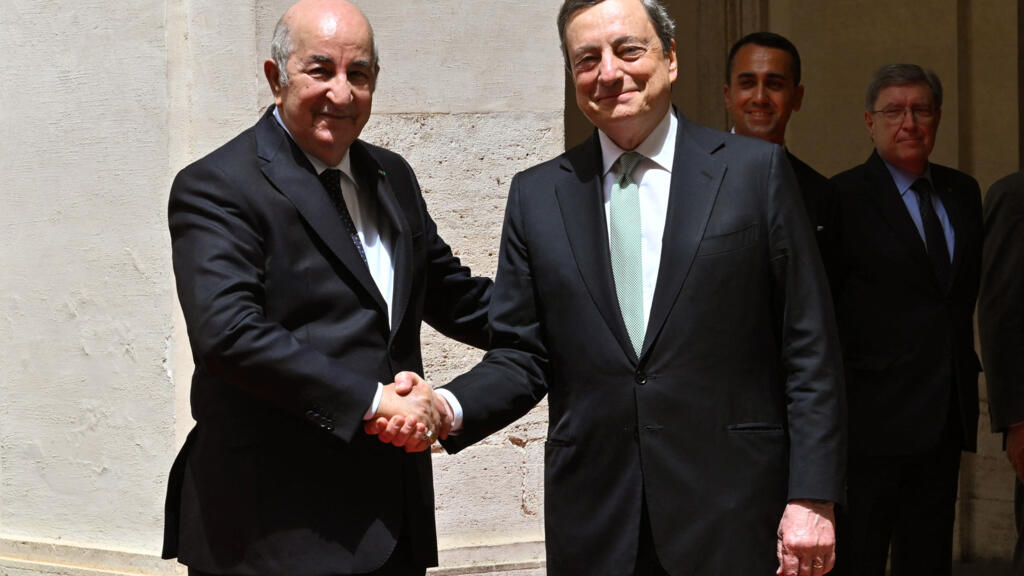 Draghi was received by Algerian President Abdelmadjid Tebboune, ahead of the two leaders chairing a ministerial meeting at which several deals are expected to be signed.

He was referring to a deal reported on Friday by Algeria‘s APS news agency to raise gas deliveries to Italy by an extra four billion cubic metres this year.

Italy buys the majority of its natural gas from abroad, with some 45 percent of its imports historically coming from Russia.

But Rome has increasingly looked to Algeria, historically its second biggest supplier, to reduce that dependence after the war in Ukraine sparked sanctions against Moscow and sent energy prices soaring.

Algeria has therefore supplanted Russia to “become in recent months the biggest supplier of gas” to Italy, Draghi told reporters on Monday.

The two countries also expect to sign accords to bolster judicial, industrial and cultural cooperation, according to Draghi’s office.

According to APS, Algeria was set to furnish Italy with a total of around 20 billion cubic metres of gas in 2022 as a whole, before the latest deal.

Draghi previously visited Algeria in April, when he concluded a deal increasing Algerian deliveries to Italy through the Transmed pipeline by up to nine billion cubic metres per year in 2023-24.

In May, Eni signed a memorandum of understanding with Algeria’s Sonatrach to boost gas exploration in the North African country.

The MoU “will allow Sonatrach and Eni to evaluate the gas potential and opportunities for accelerated development at specific fields already discovered by Sonatrach in Algeria”, Eni said at the time.