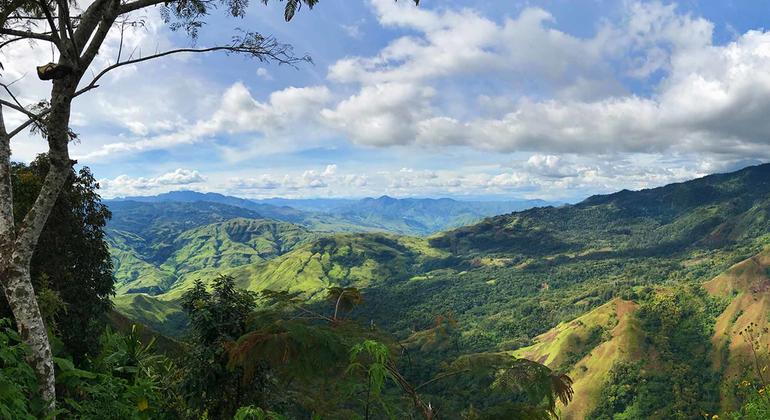 The UN Country Team called for an “immediate cessation” to the election-related violence amidst a deteriorating security situation in the Highlands region of the southwest Pacific island, with Government sources confirming “deaths, assaults, rape, and the extensive destruction of property and infrastructure”.

Dirk Wagener, acting UN Resident Coordinator, said he was “deeply concerned over allegations of the brutal killing of dozens of civilians, reports of heinous sexual violence against women, including at least eight girls, and estimates of several thousand people, mostly women and children, displaced”.

The UN Resident Coordinator a.i. in Papua New Guinea has issued a press statement calling for an immediate cessation of violence in Enga and other parts of the Highlands provinces and calls for humanitarian assistance for affected communities.https://t.co/480pVQYJPR pic.twitter.com/RqSch5VMSb

“This unmitigated violence shows utter disregard for human rights, and the rule of law,” he added.

According to news reports from the region, the protracted election process which has been marred by allegations of ballot tampering, and ballot box theft in some provinces has provoked public frustration, and increased tensions.

Poor organisation, planning, and underlying clan rivalries have also been cited as factors fuelling instability during the voting process, where the winners in many seats have already been declared.

In some areas, the violence has been so severe, it has reportedly led to concerns that the entire democratic process could be derailed.

“Families in many districts are living in fear due to widespread violence in their communities”, said the statement from the UN team in PNG.

The violence in the Highlands, which run nearly the full length of the island, has already forced an estimated 3,000 people in parts of Enga alone, to flee their homes and has caused damage to schools and medical facilities, while businesses and markets have also temporarily closed, the press release added.

Some roads have been deliberately cut off through the digging of trenches and destruction of bridges, resulting in disruptions in the delivery of goods and services to these communities, which are now experiencing shortages of food, fuel, medicines, and other critical supplies.

Expressing shock at the escalating violence and the developing humanitarian crisis in some parts of the region, Mr. Wagener urged all parties to immediately cease all fighting and called on authorities to fully investigate.

“I wish to underline that the State of Papua New Guinea has a responsibility to uphold the rule of law and ensure the safety of all persons and property, particularly its most vulnerable members of society”, he said.

“This responsibility extends to facilitating safe, unimpeded, and sustained humanitarian access to those affected by this violence,” Mr. Wagener added.

The UN and its partners stand ready to respond to any potential call for assistance requested by the Government.