Many Saudis found Qureshi’s sitting with one leg crossed and the other pointing in the direction of Al-Malki objectionable.

According to the Saudi Embassy in Pakistan, the ministers met to discuss current events in the region and “examine bilateral relations between the two fraternal countries.”

The social media users on Twitter and other platforms reacted angrily to Qureshi’s impolite gesture. 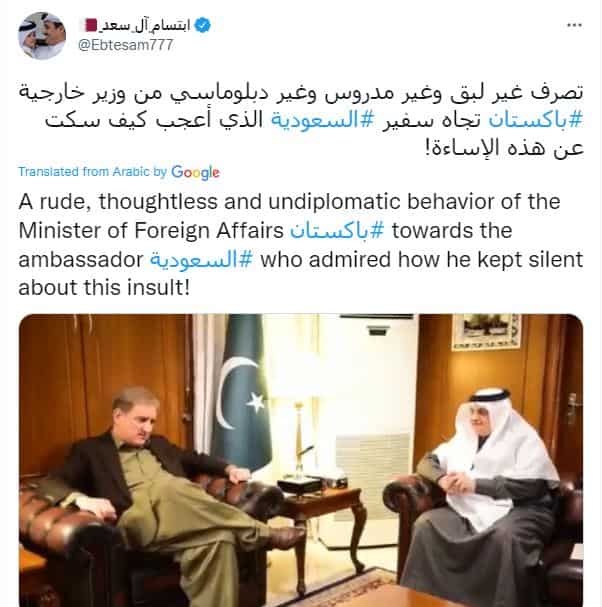 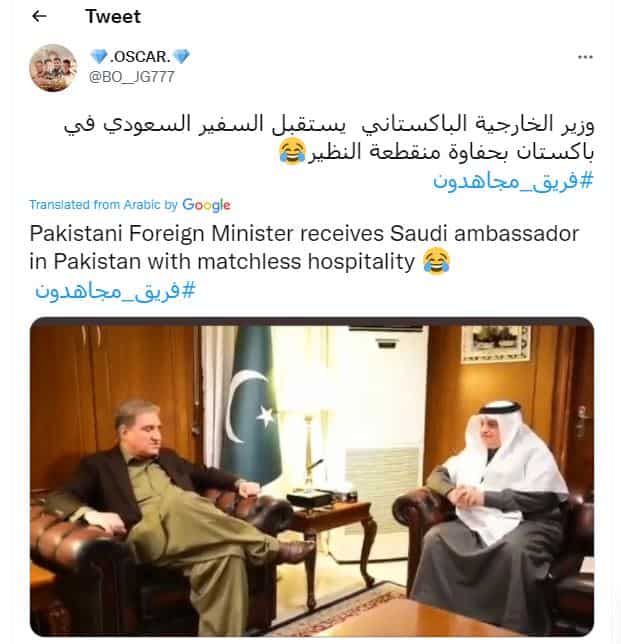 Meanwhile, Pakistan received a $3 billion loan from Saudi Arabia on December 4 as part of an economic help package, according to the Prime Minister’s finance adviser.

(With inputs from agencies)