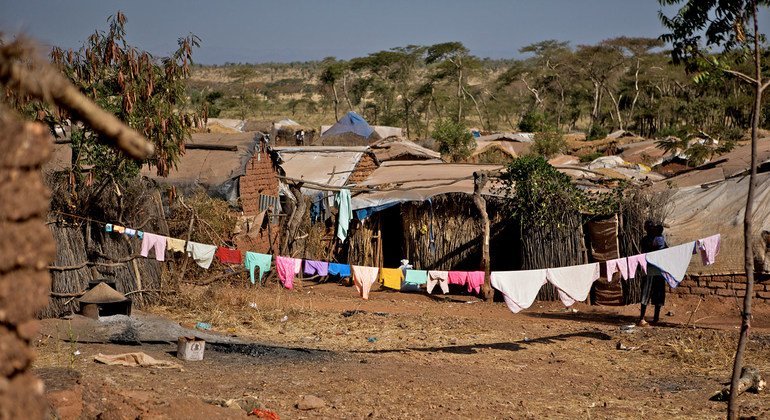 UN humanitarians reported on Friday that aid teams have reached two camps for Eritrean refugees in Ethiopia’s war-torn Tigray region for the first time since fighting began in early November, only to find them destroyed and the former occupants “scattered”.

UN refugee agency (UNCHR) spokesperson Boris Cheshirkov told reporters in Geneva that all the humanitarian facilities at the Shimelba and Hitsats refugee camps in the northern Ethiopian region were “looted and vandalised”.

The mission, conducted jointly by UNHCR and the UN humanitarian coordination arm, OCHA, found that most shelters in the Hitsats camp, as well as the UN offices and the staff guest house had been destroyed.

“Women say they have been raped by armed actors, they also told stories of gang rape, rape in front of family members.” pic.twitter.com/WtHP9UZZnS

The joint mission had also managed to visit Shiraro town, where refugees were believed to be scattered and “in urgent need of safety and support”.

A subsequent mission will aim to identify the numbers living in the area and determine whether UNHCR and the Ethiopian Agency for Refugees and Returnee Affairs (ARRA) could deliver aid there and work out plans for voluntary relocation.

“UNHCR is deeply concerned for the well-being of the Eritrean refugees who had been residing there, all of whom have fled the camps”, Mr. Cheshirkov added.

Around 20,000 refugees had been living in the two camps prior to the crisis erupting last November, when Ethiopian Prime Minister Abiy Ahmed launched a military campaign in Tigray after the region’s governing party, the Tigray People’s Liberation Front (TPLF), launched attacks on army camps.

The latest developments follow calls from senior UN officials to end the fighting, as well as an announcement on Thursday by the Office of the High Commissioner for Human Rights that it is launching a probe into alleged serious abuses and rights violations by all parties to the conflict.

President Abiy took to Twitter on Friday to say that the Eritrean Government had agreed to pull its troops out of Tigray. Ethiopian forces will take over guarding the border areas “effective immediately”, he said.

In dire need of assistance

Mr. Cheshirkov said that more than 7,000 former residents of the two camps have either “made their own way or were assisted by Ethiopian authorities to reach the other two Eritrean refugee camps, Mai Aini and Adi Harush”.

He added that UNHCR had also been in contact with more than 2,000 refugees from Hitsats and Shimelba in Shire, Mekelle, Afar, and Addis Ababa.

“All of the displaced people in Shiraro and Shimelba are in dire need of urgent life-saving assistance, including food, shelter, health care, water and sanitation”. he said.

In a statement, the UN refugee agency reiterated its urgent call for “the free and safe movement of affected people in search of safety and assistance” to be enabled by all parties, including movement “across international and within national borders, regardless of their ethnic identification”.

Mr. Cheshirkov added that the agency is planning further missions and “have already started to deploy more staff in the Tigray region”.

To do so, the UNHCR spokesperson noted that “the funding needs are mounting so we do appeal for more support on this situation, both inside Ethiopia but also for those who are  now in Sudan”.

Next post What is socialism? And what do socialists really want in 2021?
Close
Menu