Planet Marathi OTT’s new web series Anuradha is breaking the internet. And why not? This is the directorial debut of Sanjay Jadhav in the OTT entertainment space. So far, Sanjay has ruled the box-office with big banner Marathi films, some of which have been the highest-grossing films of the Marathi film fraternity. Duniyadari, Guru, Pyar Wali Love Story, and Khari Biscuit, were some of the few. Sanjay has also created some of the most iconic TV shows of all time. Bedhunda Manachya Lahari and Dil, Dosti, Duniyadaari have been legendary among Marathi youth in their times. The director has now joined hands with Planet Marathi OTT to venture into the digital space, giving us a whiff of a totally unexpected genre – crime thriller.

Talking about why the series Anuradha has caught everyone’s attention, it is curiosity! Planet Marathi OTT revealed the 50-second teaser where Tejaswini Pandit appears in a simple avatar as Anuradha. She is simply talking about various flavors of coffee. Next, she switches into a goth attire mystifying the audience. She then quickly transforms into a bewitching bold look seducing her viewers. These switches make the audience wonder, are these her multiple roles? Or are they her doppelgangers? Or maybe her alter egos? And bam! That’s your teaser. It would be hard to not watch the series for any die-hard OTT fan, let alone the Marathi audience. 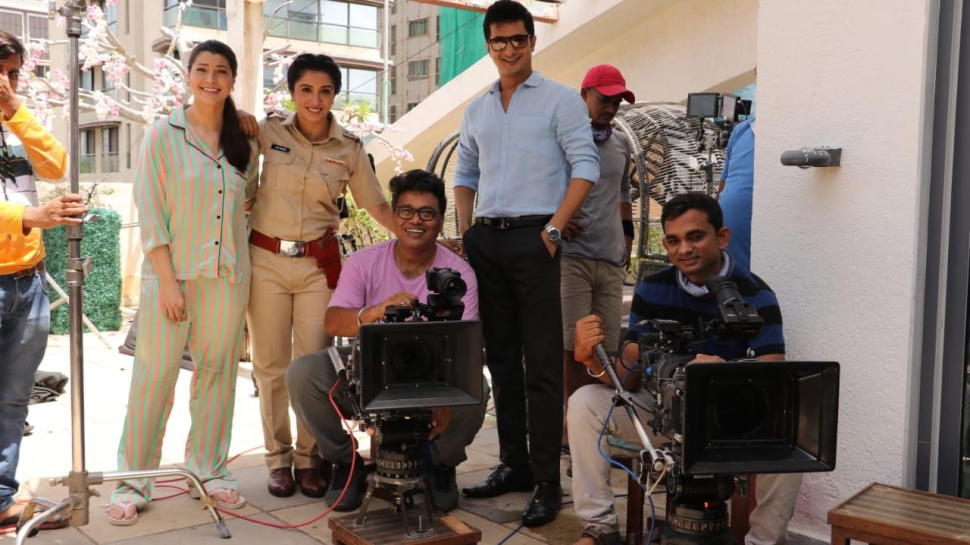 It is rare to see Marathi directors experimenting with bold topics that deep dive into woman-centric psychological crime thrillers. Planet Marathi OTT as a platform gives a supportive ecosystem to Marathi content creators to experiment with path-breaking scripts. Anuradha is more than just that, it has mystery, romance, thrill, intrigue, and spine-chilling suspense too. The plot revolves around Anuradha who is an ordinary girl in her 20s who has fallen in love with a lawyer. She finds herself dragged into a case of serial homicides where she is the prime suspect. The panic and turmoil of Anuradha and the quest for truth, that’s all the series is about. Is she really the “man-eater” the world says she is?

The series is decked with power-packed performances from Tejaswini, Sonali Khare, Sukanya Kulkarni Mone, Sachit Patil, Sushant Shelar, Vidyadhar Joshi, Snehalata Vasaikar, Sanjay Khapre, Astad Kale, Vijay Andalkar, Chinmay Shintre, and Vrushali Chavan. Sanjay Jadhav has managed to grip his viewers from the start to the end with a tightly bound storyline and supreme direction. We must say, Planet Marathi has a knack for identifying a good script and unique content. It is a Diamond Entertainment Studio production streaming now on Planet Marathi OTT.

Previous post Nicole Kidman Slams Question About Ex Tom Cruise: Not Sure Anyone Would Say That To A Man