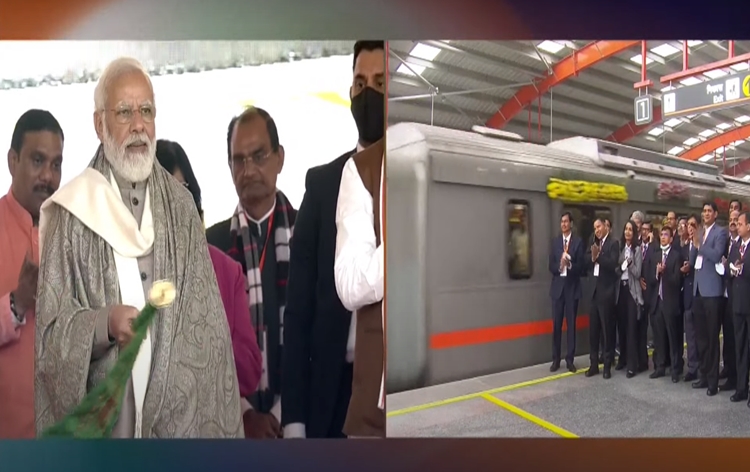 The entire length of the Metro Rail Project in Kanpur is 32 kilometers and is being built at a cost of over 11,000 crore rupees. More from our correspondent:

The Bina-Panki Multi-product Pipeline Project which will be inaugurated by Prime Minister is a 356 Km long project which has a capacity of around 3.45 million metric tonnes per annum. Extending from Bina refinery in Madhya Pradesh to Panki in Kanpur, the project has been built at a cost of over 1,500 crore. It will help the region access petroleum products from the Bina refinery.

AIR correspondent reports, Kanpur is the fifth city of Uttar Pradesh after Lucknow, Noida, Greater Noida and Ghaziabad where Metro service has been started. In the first phase, Metro is running on the nine-kilometre priority corridor.

The three coach train service for public will start from tomorrow and the trains will be available from 6 am to 10 pm. Nine elevated Metro stations have been constructed on this route. The state of the art modern stain-less steel Coaches of the train have be manufactured by Bombardier company in Indian Plant at Savli in Gujrat.

The second phase of Metro work would be carried out between Moti Jheel and Transport Nagar for which underground stations will be constructed.