South Korean female group T-ARA member Hyomin is reportedly dating football star Hwang Ui Jo, according to an exclusive report by Sports Chosun. The same has been followed up with more information, including their recent trip to Switzerland, images and more that have been revealed to the public. 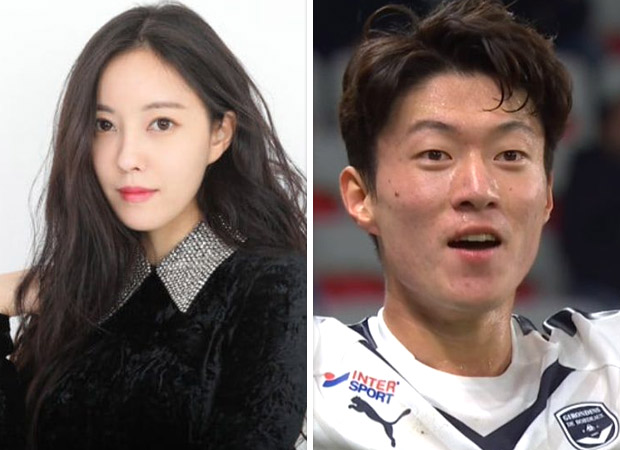 Based on the reports, the two began dating in November of last year after being introduced to each other from an acquaintance. Starting out as friends, the two began dating soon and have been going strong for the last couple of months. The couple seems to be in a long distance relationship between South Korea and France.

According to the report, Hyomin and Hwang Ui Jo have also confirmed their relationship. The couple said, “We’re in a stage where we are getting to know each other better with good feelings.”

As per tabloid Dispatch, the two were said to have recently been to a trip to Switzerland when the French Ligue took a 2 week break where they spent some quality time together.The footballer recently suffered a hamstring injury in October, 2021. The agencies from both the involved parties have responded to the news and have confirmed the dating status of the two. They are said to be in the initial stages of their relationship and are still getting to know each other.

On the work front, Hyomin has been active with her solo activities as well as T-ara’s group activities. Meanwhile, Hwang Ui Jo is a professional football player. He is a part of South Korea’s national football team as well as a forward for Ligue 1 club Bordeaux which is a French based club.