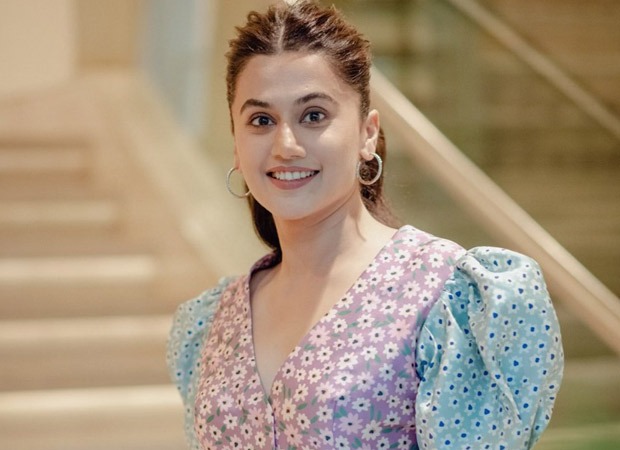 Taapsee’s Rashmi Rocket and Haseen Dillruba had their share of supporters and naysayers. And Taapsee is okay with that. “I think every film of mine has had its share of supporters and naysayers. I can’t remember a single film of mine that has been liked or disliked by all. Isn’t that how it is for all films? There will be people who will celebrate its virtues and others who will focus on the flaws. Good or bad, is subjective. What matters is, did they speak about the film? I don’t take the opinion of the trained protestors seriously. The ones who have made it a habit to get offended politically or culturally or habitually.”

What matters to Taapsee Pannu is the real audience. “I don’t ask people’s opinion on my film. I wait for them to tell me what they think. When I go out for a dinner, and people approach me aage se (on their own) to say whether they liked my film. That to me is the real audience response. My first screening of Rashmi Rocket –where I played an athlete—was with the entire cast and crew, and a lot of real athletes. When I saw them clapping and cheering I felt I must have done something right and then girls who played supportive roles in scenes said they were touched by the film. That made me feel good. It made me feel the film had organically impressed the audience.”

For Haseen Dillruba, Taapsee had a more adult audience. “They told me how crazy the film was and how unpredictable it was as a movie experience. These are all people who gave me their opinion without my asking. These are for me more valuable than the opinions of those who get pleasure from criticizing films, or maybe those who genuinely didn’t like the film. I don’t deny the existence of genuine naysayers. No film or for that anything you do in life will get a hundred percent acceptance. And the sooner you accept this, the better.”

Ask Taapsee which of her two 2021 releases were her favourite and she laughs. “It is said that a mother can’t choose between her children. I can’t choose any of my films as my favourite. How can I say which one I preferred between my two 2021 releases? Haseen Dillruba and Rashmi Rocket came during the most challenging year of our lives. My only regret is that they were not released in theatres. They were designed for the large screen. We never thought they would not make it into theatres. We would have shot it differently if we knew it was going on OTT. It would have been shot in a slightly different way for OTT. The shots had a theatre feel to them.” 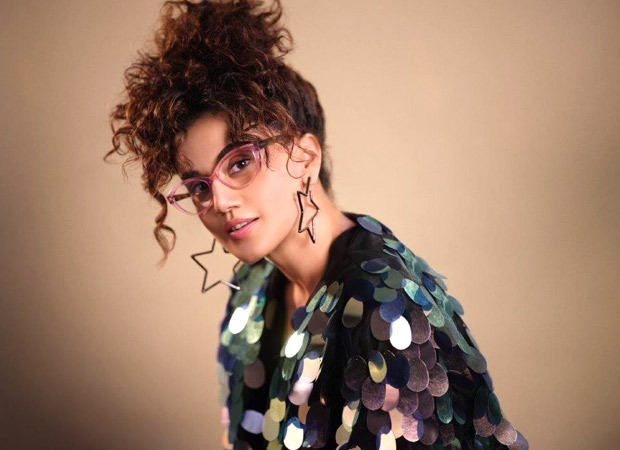 As a female hero known to do author-backed roles it is difficult for Taapsee to find leading men who are willing to let their co-star take centre stage. She has gotten used to this problem. “This has been a consistent issue for years. And I’ve made peace with the fact that it will continue to be an issue. Without taking names, there are prominent leading men who have said no to projects with me arguing the scripts were women-oriented. They have actually said, ‘This is an out-and-out girl’s film so I don’t want to do it.’ Some really talented leading actors have said no to films where I have a larger part than the male lead. I have never shied away from doing smaller parts in a male-driven film. So I really don’t know how to explain this lack of sportsmanship other than by blaming the male ego. Do they have so little faith in their talent that they feel they won’t get the audiences’ attention and love in a smaller role? I look at the West and I am amazed at how the big male stars do roles in films where the protagonist is a woman. What thought processes makes the male actor in the West more open to women-centric films than their counterparts in these parts? I certainly hope this mind-set changes soon.”

In 2022, Taapsee has four films ready. “Although I don’t know in which order they will release: Loop Lapeta, Shaabaash Mithu, Dobaara and Blurr . I am halfway through another project Woh Ladki Hai Kahaan. All these should be out in 2022.”

With Blurr, Taapsee has turned producer. “It just fell into my lap. Ideally I’d have liked to give my production plans more thought. But like my acting career, my turning producer was also destined to happen. I am enjoying my new role as a producer. Usually when I am on the set I concentrate on getting my lines right. This time I was trying to make sure everything was okay for everyone on the set. I am not sure that was the right thing to do as an actor. I am looking at other things as a producer where I am not an actor, which I will announce soon.”

Taapsee has her fingers crossed for 2022. “I hope it is more organized. Because of the lockdown the last two years have been a little crushed and cluttered for me. I have been literally running in and out of sets trying to find time for myself and my family. This has taken a toll on my physical and mental health. I am hoping 2022 will be more peaceful. I hope there are no shocking sudden lockdowns in 2022. Touch wood.”

Also Read: Taapsee Pannu on her plans for marriage, “I am in no hurry to get married”