Dharmendra is quite active on social media and often responds to fans and others who tag him in their posts with queries. He recently responded to a Twitter user who shared pictures of old adverts featuring him and Hema Malini. The netizen shared pictures of Hema ad Dharmendra on the straps of some brands of beedi adverts. 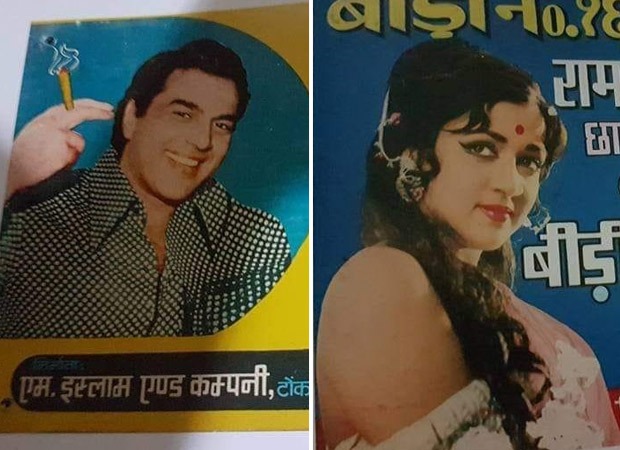 Sharing the old advert pictures, the Twitter user wrote, “Jab bidi ka ad superstar karte the (When superstars used to feature in beedi ads). Insert any hilarious caption.” Dharmendra who noticed the tweet replied to it with, “Tab …. bin pooche… koi bhi …. kuchh bhi …chhaap deta tha … bhala ho… in mauqa prassaton ka (At that time anyone would print anything they wanted without asking. Good for the opportunists).”