Superstar Dhanush who is busy collecting compliments for his latest film Atrangi Re has already launched his Telugu debut film, Sir. The bilingual film directed by Venky Atluri is labeled Vaathi in Tamil. The film was launched today with a formal puja in Hyderabad and the team took to social media to share photos from the event. Samyuktha Menon will be starring alongside Dhanush in this film. For the puja ritual, the Raanjhana actor wore a casual white shirt paired with black pants whereas the actress wore elegant ethnic wear. 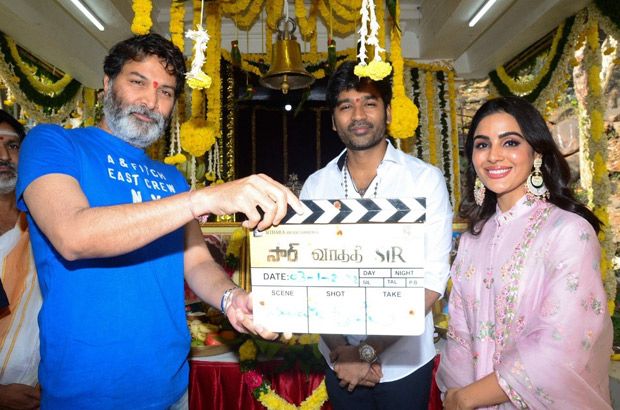 Megastar Dhanush is gearing up for the shoot of the untitled movie, which will be his 47th film. The filming for the movie is all set to start in May 2022. The movie is being produced by Sathya Jyothi Films, which has previously produced Maran, which had also starred Dhanush. Sources say that this gangster movie is going to be much more violent than Arun’s debut movie Rocky. Both Matheswaran and Dhanush tweeted about this movie earlier.