Brahmastra producer Karan Johar during a recent interview said that Alia Bhatt and Ranbir Kapoor gave seven years of their lives to the film. The filmmaker also mentioned that Alia signed the film when she was 21 and she literally grown up in cinema. 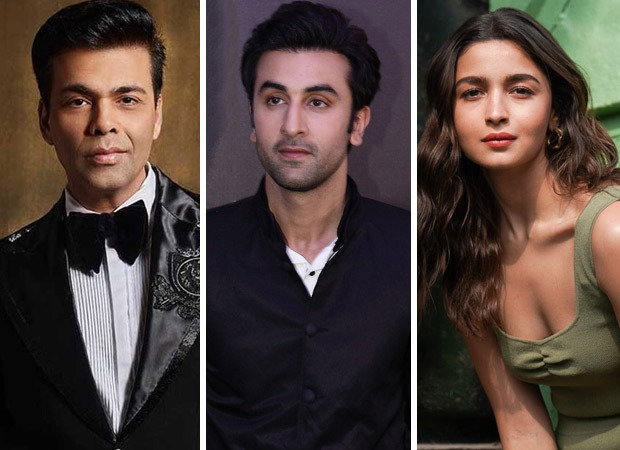 In Film Companion’s roundtable discussion with Anupama Chopra, Karan talked about the upcoming star-studded film Brahmastra and Ranbir Kapoor and Alia Bhatt’s passion and hard work that went into the film that has been in the making for seven years. He said, “You can just write on the fact that there’s a boy (Ayan Mukerji) who’s worked for seven years, every day of his life. Literally, I’ve seen with my own eyes – the blood, sweat and tears, every single day. That boy has relentlessly just worked on this movie, discovered so much. I’ve just seen his passion. He has had actors that have given him everything. I met Rajamouli sir and he used to say how Prabhas and Rana Daggubati gave five years of their life to Baahubali.”

“Ranbir has given seven years. Alia has given seven years without questioning. Dates have got adjusted, schedules have moved, governments have changed, Brahmastra was still on. It was still on and there was that kid who has grown up. Alia grew up with Brahmastra. When she signed the film, she was 21 years old. I mean, she’s 28 today and you know when the film is going to release, she’ll be 29. She literally grew up in cinema. She came as a newbie to [become] a veteran actress now. It was not because it was being delayed for any indulgent reason, or something; it was just taking so long to match execution to vision,” he further added.

“I know that I don’t regret a single day of giving my support and love, or the studio Disney that put in all the muscle, as well as all the members of the cast. If you ask them, even now when I see, they’re so passionate about each and every frame of Brahmastra. We just hope and pray literally every day that it matches, and none of us are in it for the money anymore. Because the Lord knows that even the film is a mega blockbuster. It’s not that everyone is taking the fat cheque home, because all the money’s in the film. But it’s become like a passion project beyond passion,” he continued.

Brahmastra, written and directed by Ayan Mukerji, and produced by Karan Johar, stars Amitabh Bachchan, Ranbir Kapoor, Alia Bhatt, Mouni Roy and Nagarjuna Akkineni. The film is intended to serve as the first film in a planned trilogy. The film is scheduled to be released in Hindi, Tamil, Telugu, Malayalam and Kannada on 9 September 2022.