The Ranveer Singh starrer 83, directed by Kabir Khan released last week to a good response from the critics. However, the film met with a mixed response from the audience. After opening on a good note, the business of the film saw a dip in collections on its first Monday. 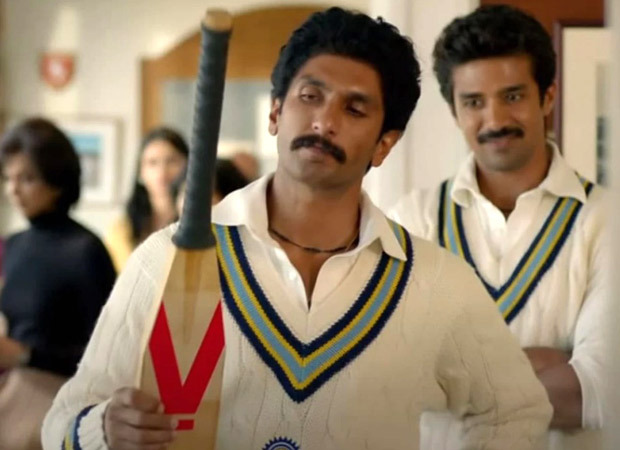 Now on its fifth day running, the business of 83 seems to continue its downward trend drawing in just Rs. 6.70 cr. With this the total collections of the film are now pegged at Rs. 60.99 cr. Though predictions state that the business of the film will continue its downward trend, with the Shahid Kapoor starrer Jersey being postponed, it is likely that 83 will continue doing business.

Currently, with new Covid-19 protocols being implemented by states in light of the resurgence with Omicron, business predictions of the film look bleak. Though 83 will continue to run, estimates state that the film will see a diminishing return at the box office.